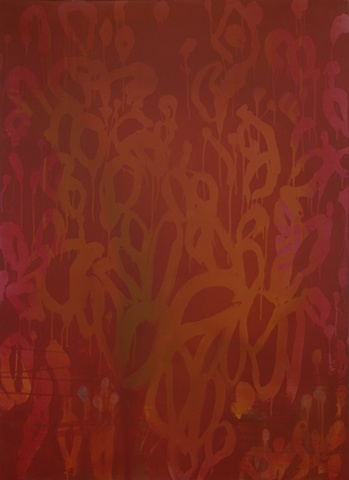 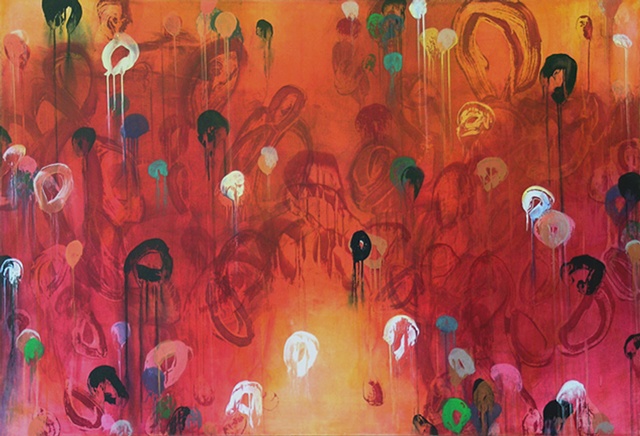 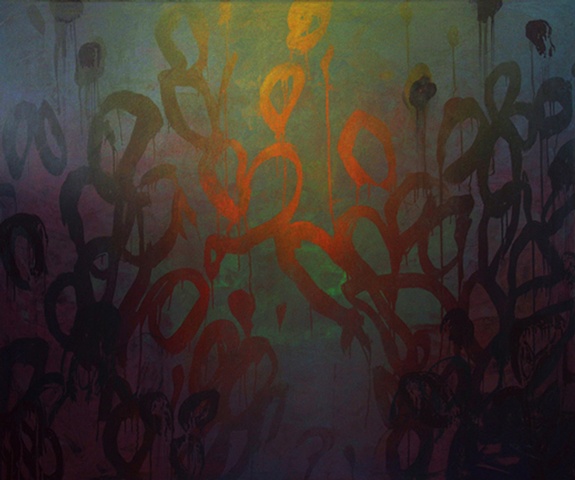 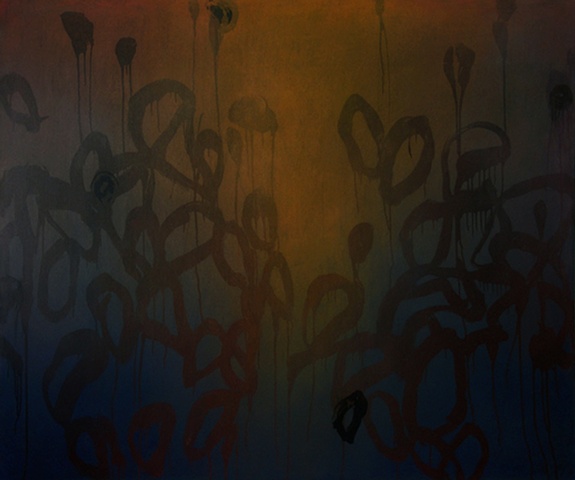 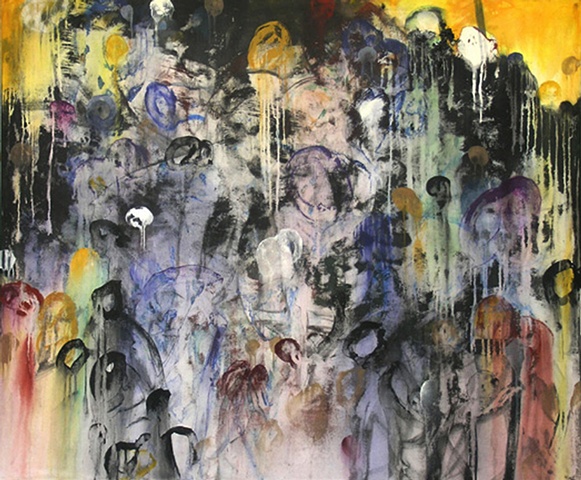 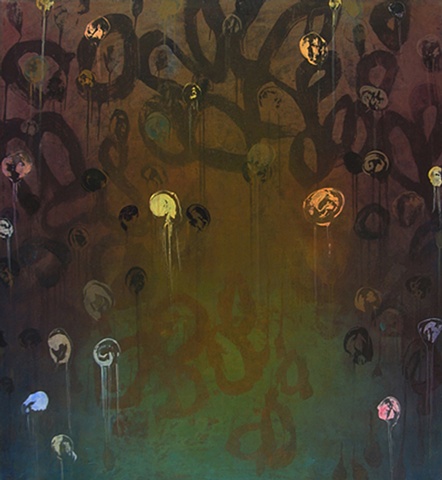 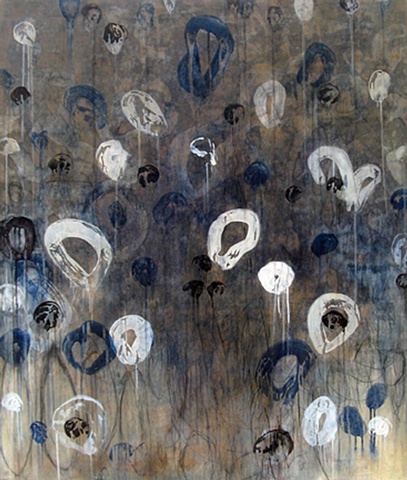 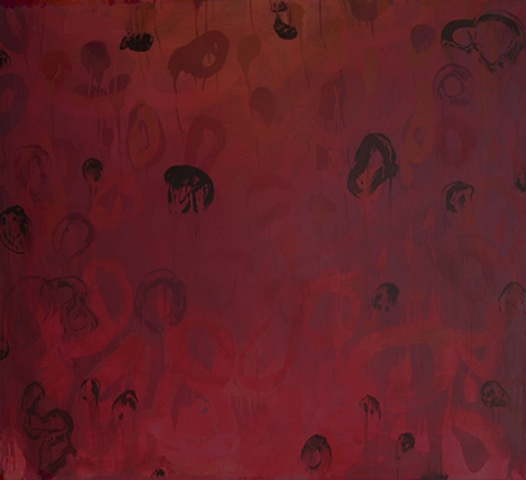 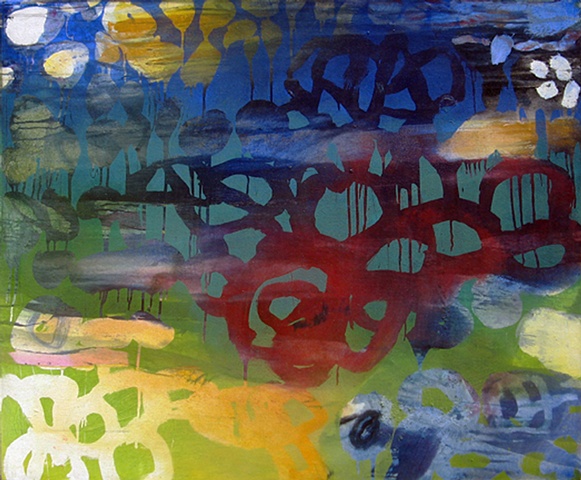 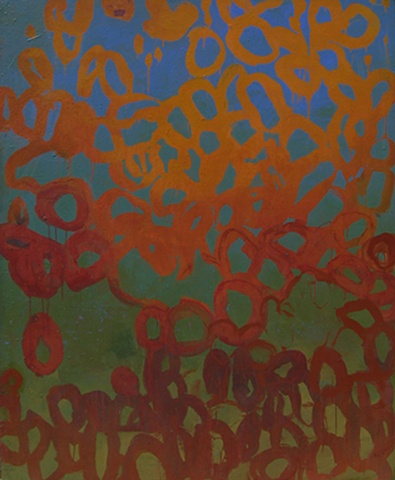 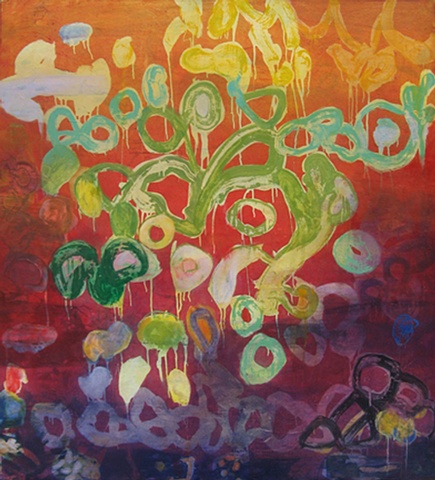 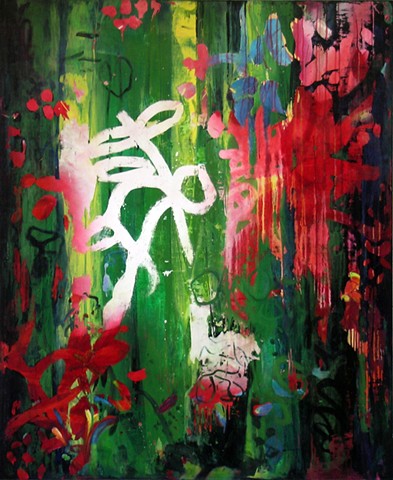 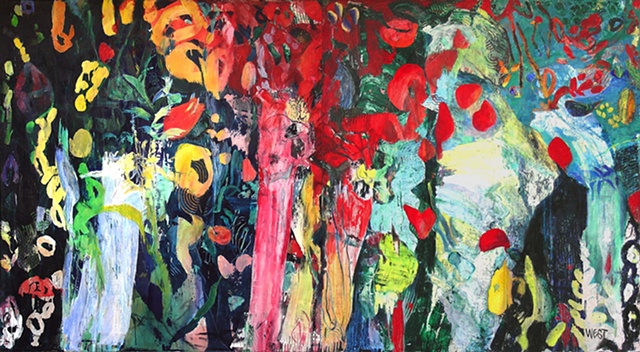 The Greek Series came about as my response to the first distinctly American painting: abstract expressionism, and to the schools of painting known as bad, post-modern and conceptual painting, among various others being taught in the university system at the end of the 20th century. This work defines me as a transitional painter who, in my desire to make a personal contribution to the continuation of American painting, was searching for a signature style through personal subsumation of the predominant modes of painting of that time. I took a non-objective stance in order to create work that intelligently reinvigorated the ideas of beauty, mark making and painting as illusion. I selected a mark, a gesture specific to my hand, and set it as the subject of my painting. Removing the ego bias of the Expressionists, I retained traditional means of line, color, composition, etc… and replaced the gestural mark with a process that had more to do with previsioned graphic art than with expressionism. By first laying a ground, then using a resist medium in the process of making the gesture, overlaying with a second ground and removing the resist before direct painting, I break it into two parts, creating the illusion of direct painting. The work appears gestural, recalling the roots of abstract expressionism; but it is strictly organized and releases the artist’s gestural impulse from the equation. Emptied out, expressing nothing of its own, it’s no longer expressionistic. Finding meaning becomes the viewer’s contribution to the beauty of the work. It was a way to continue painting when painting itself, as a cultural force, had seemed about to end. Many see painting as a dialogue that has collapsed as irrelevant. I see it as a way of life. I call it the Greek series because of my love for the Ancient Greeks who gave us their mythology, sculpture and democracy.